“she totally understands the teacher, she comes from a smart family.” chicka said at the dinner table last night.

“make no mistake,” i began defending our family’s honor, “you come from a smart family too, we are very smart.”

“aaahhhhh, no we are not smart, we are street smart, but not smart smart.” said my oldest.

this got immediate agreements from both bird and chicka.

this got immediate stares between the hubby and i as we tried to register whether or not we had just been slammed.

i, personally, can attest to the fact that no street smart education has taken place in our home. 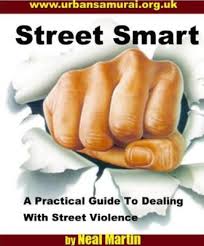 “we are not exactly top of the class material, but put us on the street and we rule.” he continued.

now before you think we are raising a gang of thugs, we had just watched ‘here comes the boom’ the night before. 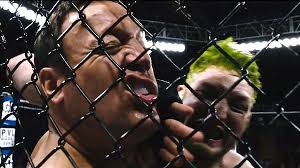 apparently it struck a chord with the kids.

“maybe they think we could make a home out of a refrigerator box if we are ever homeless.” he said.

and you know what?

we could totally own that street move.

i was thinking about this post last night and thought i would re-post it today.

today after taking pictures while kneeling on block cement, my foot looked like this:

we brought all the kids over as i began to moan and say it hurts so bad that i thought it is from the water they had just been swimming in.

then i jumped and said it just moved.

chicka and keats totally agreed with me.

this is them checking out my foot.

keats said his foot was starting to hurt in the exact same spot as mine.

chicka asked to go to the doctor’s on the way home.

i was laying on my back moaning, taking pictures, without them knowing.

this is the view i had while laying on my back.

i moaned and groaned some more.

they were all certain a worm had made its way under my skin.

this caused some very fervent discussion amongst the cousins.

when i told them i was joking, none of them believed me.

in fact, bird just checked my foot and was so relieved to find it smooth again.

so relieved, she ran yelling to tell everyone i was healed.

the hubby said we should have kept it going, had me fall to the ground screaming in pain, while he pretended to call 911 or IX-I-I for the roman numeral savvy.

i liked the worm part, a nice touch.

the best part of today

other than making my kids think i had a worm under my skin,

was bath time is taken care of tonight, water fountain play time with chlorinated water totally counts as a bath.

things my nephews have told me

“keats, i like your mom, she is completely crazy even in public.”

“aunt regina, you have never been mean to me” said one nephew.

“oh yeah? that’s never happened to us.” said the other two nephews i like to torture.

last night, as i went to tuck queen into bed and say goodnight, she patted the bed and said “now here you go.”

as you all know, queen hardly ever says anything and when she does,

not only was i shocked that she had invited me to lay next to her and visit WITH WORDS, she actually wanted someone that close to her!

i can only suspect that she was feeling bad for vomiting in my bed earlier that day.

remorse is a powerful thing. 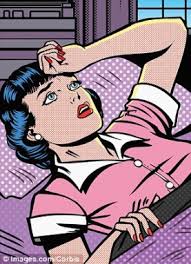 i will tell you this right now, that girl can vomit all she wants in my bed if it means she will talk to me AND let me lay next to her.

queen is in a self-contained special ed class in high school.

every year, this class picks out a design for a t-shirt to wear as a class.

this helps immensely on field trips as you can spot a student pretty easily.

with something about kindness on the back and the shirts are red or blue.

“i am not wearing anything with the devil on it!!” one student said while the teacher was trying to give him a shirt.

“i only wear white angels! i have never and will never wear anything to support the devil!” he said all this while backing up from the shirt. “what’s even worse is the shirt is red!!”

the teacher tried to convince him this was not the devil and if you look closely it could actually look like an angel.

“are you nuts?” the student asked.

i had to agree with him on this point.

he finally conceded and said he would take the shirt, but that as soon has he got home he was covering the devil with a white angel.

queen happens to love the shirt and i am happy to report that since wearing the devil, i have seen neither projectile vomiting or head spinning from her.

poor lucifer, he just can’t seem to get a break.