i forgot to mention there was cheating in the musical chairs game in bear’s classroom yesterday.

i was shocked personally.

the initial shock was when i got a note on monday from bear’s teacher informing me i was the room mother for the halloween party.

back to the harrowing story.

yes there was cheating,

the same kid won EVERY TIME,

i feel it was fixed from the start.

the kid was in a wheelchair.

this is what bear said to me as he sat next to me.

“is your ear hurting?” i asked him.

he had his finger in his ear as far as he could and his ear was very red.

this meant he wanted me to take a looksie.

i did and did not see anything.

bear kept shaking his head back and forth,

his finger so far in his ear i was expecting brain matter the be seen on this exploration.

we went outside where i looked again in his ear…

bear did not want the hubby to “now sit still”

bear worked on it some more and pulled out a piece of paper, from his ear.

which he promptly put in his mouth,

this is what queen said to me while pushing me back out of her room that i had just entered to visit her.

turns out, the queen is a dictator.

all these years of not talking much

and the few things she has said have been mainly commands.

she wanted me back in her room 10 minutes later to visit.

they see no disabilities.

“yeah, i need trucks, trailers, guys and…..oh before i forget, i need someone to store my frozen meat too until i can get it.  can i have people for two nights?”

this was the lastest move request for the hubby.

the newly appointed leader of the totally inept apparently.

was i not clear enough in my first blog post!?

must i use my angry voice now!?

okay, but i want you to know that i am using this the get my message heard because obviously it was not loud enough before:

RENT A DAM U-HAUL TRUCK FOR $20 A DAY, CHANCES ARE IF YOU SPENT YOUR OWN DAM MONEY THEN YOU WOULD PREP A WHOLE DAM LOT MORE!

WE ARE NOT A LOCAL FREEZER SECTION AT YOUr OWN DAM LOCAL GROCERY STORE, IT IS NOT THE ECCLESIASTICAL RESPONSIBILITY TO STORE YOUR DAM MEAT!!!

WE ARE NOT RESPONSIBLE FOR GETTING DAM TRUCKS A TRAILER AND TOOLS TO MOVE YOUR DAM STUFF.

AND LAST, BUT NOT VERY CHRIST-LIKE, LEAST…….

DON’T LET IT BE THE FIRST TIME YOU HAVE EVER EVEN MET THE DAM E.Q PRES BE THE TIME YOU NEED TO MOVE YOUR DAM HOUSE!!! AT LEAST MAKE A CUSTOMARY DAM 2 APPEARANCES IN CHURCH BEFORE REACHING THAT ALL GRABBING DAM HAND OF NEED!!!!!

and yes, i also have been using angry eyes when typing this.

and yes they are coming out the back-end of mr. potatoe head because that is what i will be kicking if the hubby lets me coordinate the next move….

p.s. i did not just swear throughout this whole post, i sincerely meant dam as in:

A dam is a barrier that impounds water or underground streams. Dams generally serve the primary purpose of retaining water, while other structures …

as defined in wikipedia.

thank you for listening and have a good night.

“you may get stared at because of your hair.”

this was chicka warning me this morning before i went to be the ‘room mother’ in her classroom.

“what’s wrong with my hair?”

“well, it is short and no other mothers have come in with short hair.”

two days in a row of my gender being questioned may mean i need to get hair extensions.

she also checked on my clothes to make sure i was acceptable.

all i have to say is…. right back atcha kid.

“my mom’s tooth is kinda blue like that too, her’s is rotting.”

this was told to me by a girl in chicka’s class as i was helping her with her work and smiled at her.

don’t worry i did not correct her work, it was wrong.

the following are what queen has been saying the past few days.

2. “tickle” this was directed to the hubby for a tickle session.

4. “good night” after we told her good night.

5. “someday” after hearing it on 101 dalmations movie

she is trying so much more to communicate with us and at school.

so amazing how such little words make us all so excited.

it is hard not to get our hopes up,

we hope this trend keeps going.

it has been years since we heard the queen talk to us.

she has a very deep, scratchy voice by the way.

maybe she has a future as a secret informant

and can bring down her own president.

“can you help that gentleman?” the librarian asked the other.

“what gentleman?” the other librarian asked.

“that one.” she said as she looked at me.

we both stared at each other wide-eyed.

“but i am even wearing lipstick!!” i defended.

of course i was also wearing a baseball cap with short hair.

“oh my, my peripheral vision is not what it used to be.” she stammered.

“and i thought i was blind.” the other librarian said.

the stunner of this whole thing?

no, not being called a man,

that has happened before.

but this same librarian was getting change.

8 quarters to be exact.

and how do i know this?

the change was for me.

“dad always has his gun on him, except at church”

the ex always having a gun on him!?!?

which lead to a conversation about obama and expensive ammunition as taught by above concealed gun carrier.

which lead to a discussion on the market being lead by fear and hysteria,

not common sense and facts.

which lead to a conversation about oil, swine flu, Y2K,

which lead to the following conversation:

“you would not believe how religious dad is!!!”

“he thinks we came from the Big Guy (pointing skyward) and not from monkeys!!”

the following emotion from me can only be described as this:

“and…..you think we did evolve from monkeys?”

“well yeah, where do you think we got these babies?”

this was asked while wiggling his thumbs.

i am grateful i was already sitting on the floor,

because my mouth did not have far to drop.

“well, i would love to hear your thoughts as to why”

as he proceeded to give me his reasons and opinions,

i was frantically trying to figure out where he came to this conclusion.

i realized that i do not discuss religion very much with the kids,

school in utah county would most certainly not teach this,

and then it hit me.

keats has always been obsessed with Walking with Dinosaurs

which lead to prehistoric america

fight with another clan that was slightly more evolved which obviously proved that we have come from apes with the strongest prevailing therefore always evolving until what we are today.

this discussion lasted for about 25 minutes.

he did a most excellent job making his point.

in the end we decided we would go to the library today and get more books to study on the subject.

damn Brits, they do know how to drop a good bomb.

after my rant last night against UDOT

in the same area.

evidently traffic cleared out after we went through,

they estimate the truck was going 40-45 mph when he hit the worker…..

is my mojo that powerful?!

i still feel guilty about the strong feelings that were leaning towards dislike against that very man last night.

we went up to layton to pick up the kids.

on sunday night it usually takes a little over an hour one way.

that is unless UDOT decides to step in.

they did not give any warning that they were closing down 2 lanes in interstate 215.

the first whiff i got of it was right when i was being forced into two lanes,

with approximately 10 million other people.

i can run faster than that!!

i believe my father can too,

and he’s a smoker

by the end of the 30 minutes i wanted to just put my fist out the window and punch every orange clad-hard-hat-wearing person i saw.

i will snap one day….

the worst was actually my fault.

i don’t have low beams on my VW,

i only have high beams.

it gives them a chance to really glare at me.

and i can only go so long pretending i don’t see their glare.

so if you ever see a ‘breaking news’ announcement

a black-haired woman opening a can of whoop !@@

you have been warned.

i knew right then and there this morning that i will never talk chicka out of picking her nose. 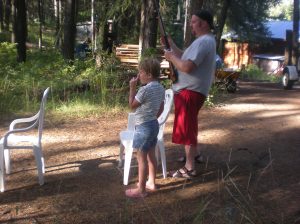 an addendum to my jealousy confession

i am jealous of ms. julie b’s.

1. glitter toes and  bandage the matched the skirt i was jealous of.

3. her perfectly applied make up (i have never seen it look bad)

i could go on.

enjoy your evening and giant children.